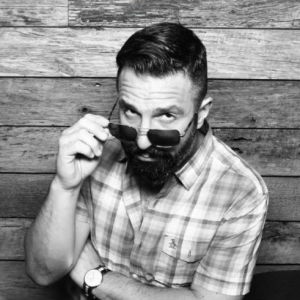 Ramón K Pérez is a multiple Eisner and Harvey Award winning cartoonist. He is currently illustrating JANE, a modern retelling of the classic Jane Eyre, for Archaia entertainment with screenwriter Aline Brosh Mckenna, as well as illustrating and co-writing NOVA with Jeff Loveness for Marvel Entertainment. Other acclaimed works include Ramon’s adaptation of Jim Henson’s lost screenplay Tale Of Sand, alongside his creator works of Butternutsquash and Kukuburi. Other lauded collaborations include All-New Hawkeye with Jeff Lemire, The Amazing Spider-Man: Learning To Crawl with Dan Slott, John Carter: The Gods Of Mars with Sam Humphries, and Wolverine & the X-Men with Jason Aaron. Outside of comics, Ramon’s work can be found in classic RPG’s & CCG’s, and in variety of editorial, book, and advertising illustration. Ramón resides in Toronto, in a house built for horses, with three plants, two motorcycles, and the ever present Boba Fett.