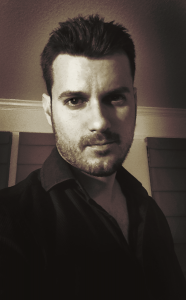 Jason has been creating art for the publishing and entertainment markets for the past 18 years, and has had the opportunity to work on some of the best and biggest games in the world over that time. His work has also been included in some of the most notable books of collected fantasy and digital art, both the Spectrum and Expose series, D’Artiste, Infected by Art, and Fantasy Art Now, and has also had work featured in many magazines and publications from all over the globe.

He chose to forego art school, and began a career in art and graphic design at the age of 18. He has since founded several companies, worked in miniatures, fashion design, comics, concept art, fine art, and provided hundreds of covers to books, games, albums and toys, and participated in gallery shows across the country.

His work has appeared on brands such as Game of Thrones, World of Warcraft, Magic the Gathering, Star Wars, League of Legends, Everquest, Dungeons & Dragons, Pathfinder, Hex, Vampire, Numenera, Legend of the Five Rings, and many, many more.

Jasons work can be purchased through his store on his buyfantasyart.com page. For proofs, playmats, originals, and commissions please contact him directly.