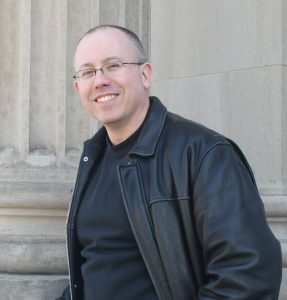 Charles Urbach is a writer and colored pencil artist with more than two decades of work in design, publishing, and illustration. His artwork, like the techniques employed in its making, is a blend of ancient and modern, drawing on a rich tradition of spiritual, literary, historical, and mythological sources combined with unlimited imagination. Like a traveler on a journey, his work ventures into varied territories, not resting for long in any specific genre or subject matter. Everything from humor and children’s illustration, to high fantasy and science fiction find their way into his work. His illustrations for gaming products number in the hundreds and are recognized for their positive and empowering depictions of women, diversity, and substantive, dynamic visuals that appeal to many different audiences and age groups.

Among Charles’ projects include miniatures designs for Wizkids: Heroclix, illustrations for “Magic: The Gathering,” “Legend of the Five Rings,” and artwork for many games including “Everquest,” “Infinite City,” “Noble Treachery,” “A Game of Thrones,” “Star Wars,” “Call of Cthulhu,” and “Lord of the Rings,” among a multitude of others. Clients have included Wizards of the Coast, Fantasy Flight Games, Sony Online, AT&T and many other game publishers and independent clients. His work has been shown in venues across Europe and North America, and won awards at many major genre-related conventions, including Gen Con, DragonCon, Origins, ConVergence, and MarCon .

Charles’ personal artwork is published through his in-house studio and available via conventions and art exhibits throughout the country. Contact information and galleries of his work are available on his website,