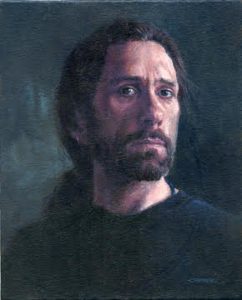 Paul was born and raised on Martha’s Vineyard, and island off the coast of Massachusetts.  He grew up in a creative environment as his mother and father were a writer/artist team who collaborated on scores of children’s books together, some of these books were inspired by Paul’s own childhood adventures.  Living in a summer resort during the winter can be slow paced, art became a favorite way to spend time.  Favorite subjects were dinosaurs and monsters, very little has changed since then.  He attended the Rhode Island School of Design (RISD) in Providence, Rhode Island and earned a BFA in illustration.  Paul’s art has appeared in many role-playing and collectible card games, music CDs and even a few children’s books.