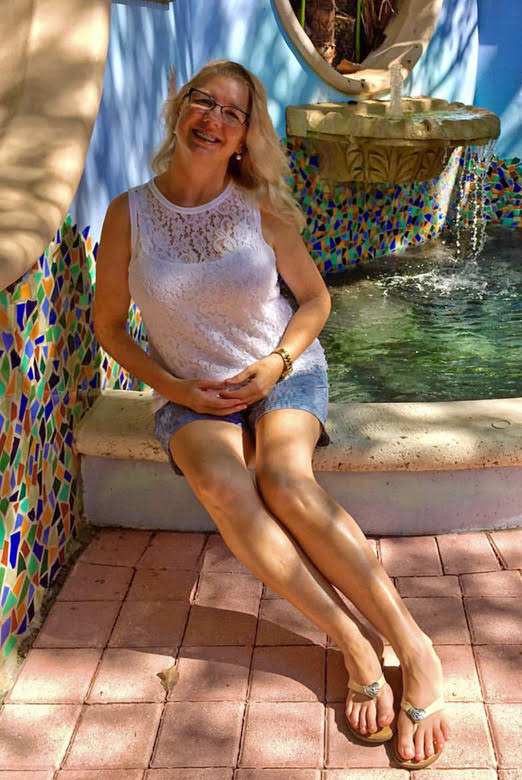 Lisa Hunt is perhaps best known for her Legend of the Five Rings Ancestor art, but has illustrated quite a few other card types as well. In addition to L5R, she was involved with projects such as 7th Sea, Deadlands: Doomtown, and other AEG projects (spanning approximately 10 years). Lisa’s personal favorites include her ancestor watercolor paintings, and after retiring from CCG art, she expanded her paranormal fan base with the publication of Ghosts and Spirits Tarot (US Games 2012)

Lisa, considered a trailblazer in the tarot community, has also generated a vast body of non-gaming, divinatory work including the Celtic Dragon Tarot a deck that has sold over 100,000 copies worldwide. Her work has been translated into numerous languages and has been described as “guideposts through the psyche”.  She has sold hundreds of her watercolor originals around the world and produces custom art for her fans and collectors. Her art has appeared in numerous periodicals, an illustrated book she wrote for Llewellyn Publications, book covers, calendars, and and other publications. Lisa holds a Masters degree in Interdisciplinary Studies from Vermont College/Union Institute with an emphasis on Jungian Psychology/Art & Drawing, She has garnered numerous awards for her divinatory work — many of those products available as apps for iOS and Android mobile devices (via The Fool’s Dog – www.foolsdog.com/GhostsSpirits/).

Fairy Tale Lenormand (Lisa’s latest release) was the Winner of Best Lenormand Deck 2016 by the Tarot Association and garnered multiple COVR (Coalition of Visionary Resources) awards for best divination product.  She is currently working on her 9th card deck project with author Lynn Araujo (Director of Communications, U.S. Games Inc.).
Aside from doing art, Lisa earned a black belt in Tae Kwon Do in 2008, has been studying Jazz Piano for many years, and enjoys home improvement projects, cooking, and gardening with her husband.
http://lisahuntgallery.com
https://www.facebook.com/groups/48275231055/